A little about Sam...

I developed an interest in the outdoors at a young age. My father and grandfather were heavily involved with the boy scouts, and their love of nature was passed onto me and my siblings. Including my sister Abby, who has done her fair share of cleanups. Woods, lakes, and mountains were the staples of our family vacations. My brothers and sisters like to joke it’s because we grew up poor, but I like to think those experiences make us richer people. While my father spent his youth in the Adirondack mountains, I spent mine in the southern tip of Appalachia. 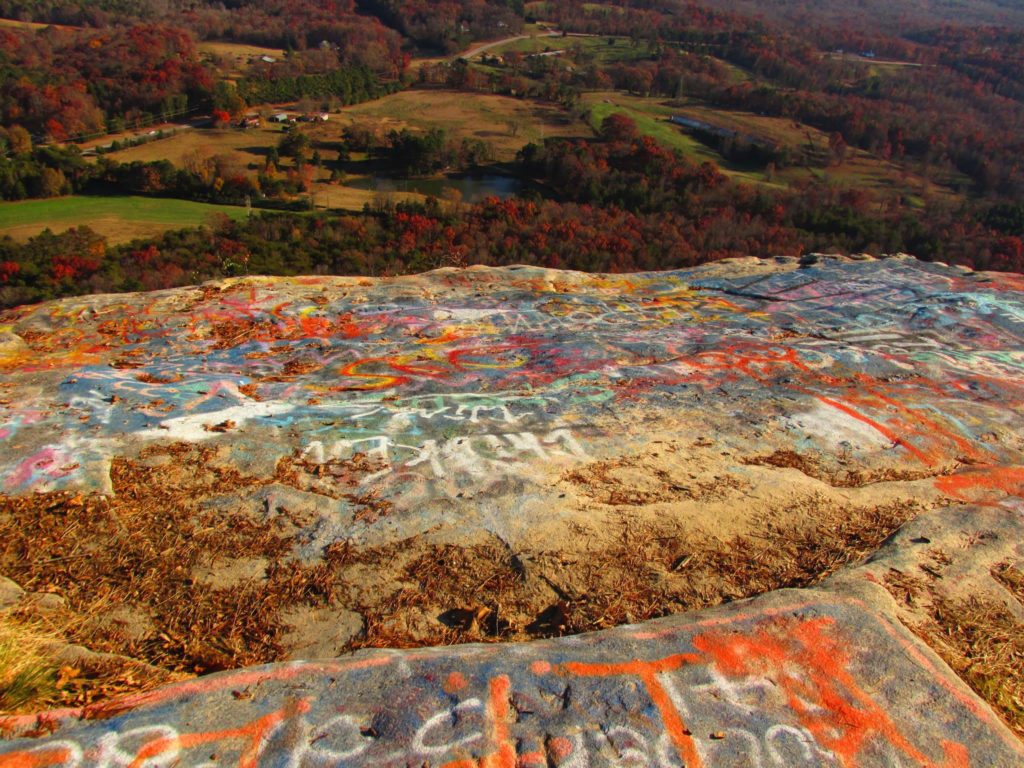 Sam and the fam.

In high school, I was introduced to the sport of rock climbing by my older brother. I spent many a weekend trying to scale the boulders of Currahee mountain, our local crag. First in blue jeans and tennis shoes, before upgrading to climbing shoes, crash pads, and chalk pots. Me and my friends would waste away endless days working on the weird projects and boulders scattered around the mountain. Eventually, through the help of others, we learned the arts of roped climbing.

The hot spot... Currahee (Cherokee for ‘Stands Alone’) is the local landmark, and lone mountain in the county I grew up in. Currahee has had significance to the people living near it since humans have lived in it’s shadow. The Cherokee lived around it’s base, and so did the first white settlers around the time of the revolutionary war. In the mid 1830s, the first piece of graffiti appeared on Currahee when someone carved their name into the rock. Around World War 2, a major military camp was built at it’s base. Camp Toccoa. If this sounds familiar, it was made famous by the book and HBO series Band of Brothers. This is where ‘Easy Company’ of the 101st Airborne trained. Around this time, a road and communications towers were built on the mountain. This made it much easier to access, and over the decades Currahee became a hot spot for locals to hang out. The local hangout spot eventually turned to the local trash dump.

In the time after we started climbing, we saw the graffiti and trash worsen. We'd had trash thrown at us from the tops of the crags, and we'd been disturbed by people blaring music from their vehicles. Through our time spent there, we became very emotionally attached to Currahee. It was our home crag, and we hated to see people disrespect the land that we all shared. Around 2013, me and my friends got fed up with the direction things were headed, so I organized a trash pick up day with friends and siblings. This was the very first Currahee Cleanup Project. Over the following years, we would come to work with Keep America Beautiful, become an official volunteer group for the US Forest Service, work with Access Fund, and get the Southeastern Climbers Coalition directly involved with cleanups on Currahee. Lately, the SCC has secured a grant from REI that enabled us to purchase more equipment, more paint thinner, and a pressure washer.

Now, with the help of the SCC and the USFS, we've been tackling the graffiti head on. With bi-annual cleanups, we've made a huge dent in the existing graffiti. Over the next few cleanups, we plan to get rid of all of it!

Here is a video the SCC made for our latest cleanup.